In one of the shortest lead times between sale and publication that I’ve ever seen, “Biba Jibun” is now out in the April issue (#23) of Apex Magazine!

“The Eater”
by Michael J. Deluca

Nonfiction
“An Introductory Guide to the Nebula Awards”
by Michael A. Burstein 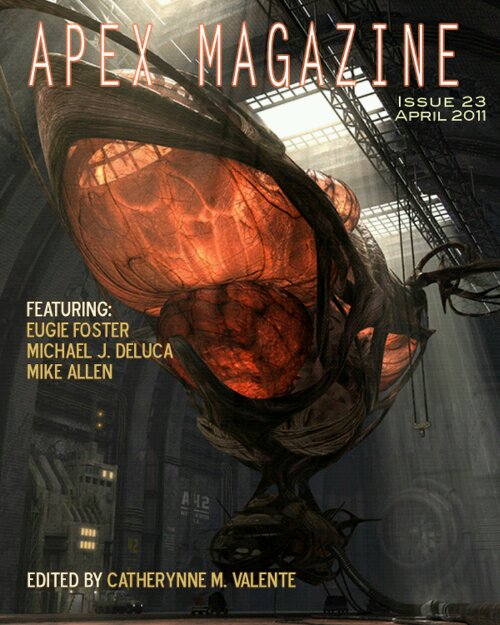 In other news, the Georgia General Assembly is in recess this week for spring break before coming back to finish up the last couple days of the legislative session. Hoping it’ll be quiet so I can get some writing done. But I have indeed hit the halfway mark on Dragon Queller: