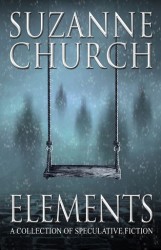 I’m doing a blog tour swap with my good friend and fellow DC2K writer, Suzanne Church, for the release of her awesome short story collection, ELEMENTS.

Suzanne Church juggles her time between throwing her characters to the lions and chillin’ like a villain with her two sons. She writes Science Fiction, Fantasy, and Horror because she enjoys them all and hates to play favorites. Her award-winning fiction has appeared in Clarkesworld, Cicada, and On Spec, and in several anthologies including Urban Green Man and When the Hero Comes Home 2. Her collection of short fiction, ELEMENTS is published by EDGE Science Fiction and Fantasy Publishing. 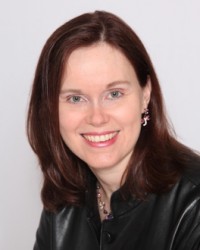 In my region of Canada, we’ve endured a long, intensely cold, endless-snowfall winter this 2013/14. Pretty much every casual conversation inevitably involves an exchange of weather complaints.

But if you ask a Canadian what they love about this country, often they’ll blurt out, “The changing seasons.”

We human beings require change. The need is encoded deep in our hindbrains. The proverbial spring fever and its associated rituals (if you catch my drift) turns us into prancing unicorns over the anticipation and glorious rebirth of spring.

Writing is the same.

The average writer spends six months to a year writing and editing a novel. In the lead-up to the book’s release, they usually spend another three to six months promoting the novel. 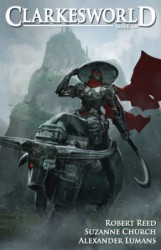 By the time the promotion cycle is over, we’re desperate for a change. We want a new project, with fresh characters, exotic locations, and renewed conflict. We are so tired of the old novel that we probably need some distance from it.

Like the grizzlies hibernating in their dens, we are ready to emerge into the sunlight of a new project. Our plot-bellies are so empty we’re desperate for new morsels of crisis-goodness. Our prose muscles might be stiff, but with a few butt-in-chair sessions we’ll be nimbly constructing character-viewpoint-specific prose with crafted dexterity.

Because of the lead-times in publishing, some of the NPF happens in small chunks. For instance, after submitting your final draft to your editor, you might have two to three months before you receive either (a) their edits and/or (b) the copy edits.

During that time frame, you’ll likely need a quick fix of NPF, but you might not have enough time to dive full-tilt into a new novel. Some writers will spend this downtime outlining the next project. Others might use their subconscious to chew over ideas and instead draft a new short story or poem.

Once the edits arrive in your inbox, you’ll be hyper-focused on the novel again. Right after you submit your final edit, you might have another NPF window, or you might receive the galley proofs soon after.

Either way, you’ll have another window to work on other material before the sprint for the finish known as promotion.

I’m knee-deep in the promotion phase right now. I’ve set up my book tour dates, I’ve ordered the cake, and I’m participating in blog tours (like this one). But in the back of my mind, I’m starting to get really antsy.

In other words, I’m jonesing for some NPF. I want to start a new novel. I’m emotionally ready to immerse myself in a new world.

But first, I have some book launches and media engagements in April, and I need to prep my game face.

Soon, my writing. Oh so soon, you and I will have our time together.

So the next time you’re feeling as though you couldn’t possibly edit those pages one more time (ugh!) remind yourself that soon you’ll have some New Project Freshness.

And if you’re using your time efficiently, you’re probably already brainstorming some of the details of the next story. Maybe even working on the outline.

Spring is almost here. Sharpen your pencils. Those words are ready and eager to be written.

ELEMENTS: A Collection of Speculative Fiction by Suzanne Church is available now in Canada and April 30, 2014 in the USA from EDGE Science Fiction and Fantasy Publishing.