This week’s new ebook is my novelette, “Beauty’s Folly.” Originally published in OSC’s InterGalactic Medicine Show, #5, July 2007, I’m thrilled to be able to use the original, fabulous illustration by Liz Clarke as the cover.

When the fortunes of Annabel’s father took a dramatic downturn, they were plunged into sudden poverty, forced to move from their lavish estate to the slums of New York. One day, Annabel is drawn by an otherworldly melody to strike up a conversation with an alley panhandler. Eloy is a strange man with beastly features. He unnerves her with his abrupt marriage proposal, astonishing her further with his lavish gifts. He whisks Annabel’s father to a strange, magical manor, only releasing him when she agrees to take his place.

A modern retelling of Beauty and the Beast. 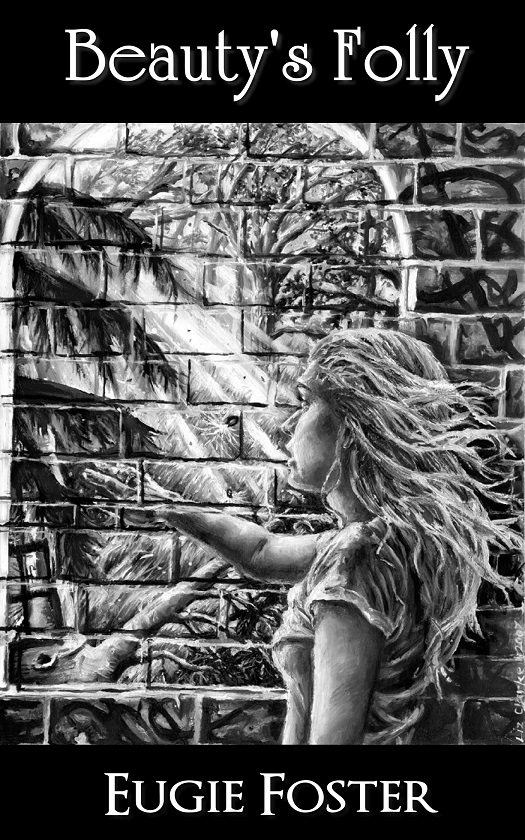 a modern take on “Beauty and the Beast.”… I was lulled by the tale’s atmosphere and its gorgeous descriptions. Foster proves once again that she sure knows her way around a fairy tale.
—Kimberly Lundstrom, Tangent