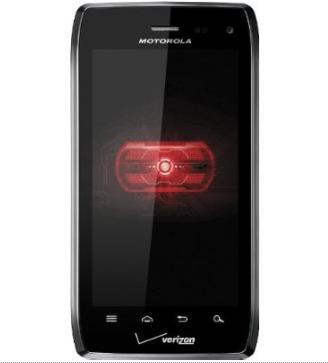 We did do some shopping. I’d already heard that 4G drains battery life something fierce, and in Motorola’s infinite wisdom [/sarcasm], the Droid 4 was designed without a removable battery. I was also tempted by the Droid Razr Maxx with its heftier battery and the Galaxy Nexus, vanilla Android and all but made to be rooted. However, I was loathe to give up my hardware keyboard since I write on my phone, although so long as I had a Swype keyboard, I could conceivably do without one. But I wanted to hold and play with them all so I could get a feel for each before making a decision. And I’m glad I did.

Did you know the Razr Maxx has a 4.3″ screen and the Galaxy Nexus has a 4.65″ screen? I do. And I also know that 4.3″ is too frigging big for my hands, and 4.65″ is way-the-stupid too big. I have small hands with slender fingers, “ideal for typing on little keys and navigating little screens,” I thought. But I simply can’t reach across the damn screen on those monster devices without accidentally hitting one of the navigation soft keys. And while I frequently use both hands when fiddling with my phone, I often need to be able to anchor myself on a moving MARTA train with one hand, leaving only one free to check email or pen that vital sentence before it evaporates at the next stop.

The Droid 4, with its 4″ screen, is still a bit large for me—my OG Droid’s screen is 3.7″, just about perfect for my hands—but it’s a larger I can adapt to. At least my thumb can reach higher than halfway up the screen. And aside from my whiny, “Why’s everything have to be so damn big?” complaint, I LOVE my Droid 4.

The Droid 4 is fast, as in, oh-my-god-it’s-faster-than-I-am fast. When I first got it, I found myself hitting random icons and menu buttons because I felt inadequately slow, like I ought to be trying harder to keep up with it. And the 4G is downright swoon-worthy. It’s actually speedier than both my home and work wifi networks. I downloaded three 60+ MB files on my Droid 4 in the time it took for my morning train to depart the station. I would’ve been lucky to get one of those files before hitting the no signal dead zone six stops (about 25 minutes!) down. The native camera, always the most sluggish feature on my OG Droid, loads way faster than my old Nikon digital camera took to turn on and snaps pictures with barely any delay between shots. I even uninstalled Camera ZOOM FX, an app I paid for because it made taking photos so much faster on my OG Droid, after I discovered it was slower than the native camera.

And the keyboard is just plain sexy. 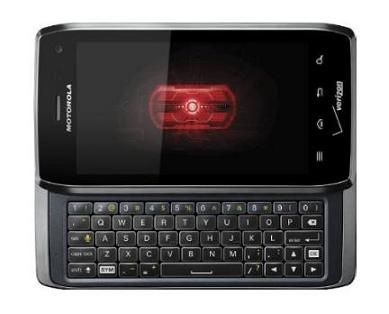 In addition to having a fifth row, the tactile experience is so much more viscerally enjoyable than that of my OG Droid’s. It’s quick and agile, a pleasure to use.

Also, the amount of RAM and internal memory is downright decadent. I installed apps on my Droid 4 in a state of giddy glee, restoring and rediscovering apps I’d had to sacrifice on my OG Droid due to space and RAM constraints. And I’ve been trying out some new ones I’d heard about but been unable to run, like Assistant (a virtual companion/assistant a la Siri for Android), WDlxTV MediaPlayers Remote (a remote control emulator for our home media server), and Splashtop Remote Desktop (allows you to access everything on your computer via your phone).

As far as the battery goes, it’s been surprisingly decent. As expected, battery life takes a pretty noticeable hit with prolonged 4G use, but in terms of average daily use, a full charge on my Droid 4 seems to be comparable to or better than what I was getting on my OG Droid (overclocking also = big battery drain).*

Yep, loves my new Droid 4, I do. And I’m not missing the root access like I thought I would. A big reason for rooting my OG Droid was so I could maximize its processing power and speed as it began to suffer slowdowns and instability due to its limited RAM and underclocked processor. I don’t really foresee that being an issue anytime soon with my Droid 4.

* The true battery stamina test, of course, will be Dragon*Con, where I’ll be constantly posting and receiving updates and emails, coordinating with fellow D*C staffers via phone and text, and juggling my own panel schedule, all while away from a recharging station for hours at time.