Met up with Chesya Burke and J.M. McDermott yesterday afternoon to record a show for WREK radio’s Sci Fi Lab featuring local SF writers, hosted by Travis Gasque. Seems like we managed to touch upon nearly everything: books and fellow writers we admire, the writing industry, publishing trends and directions, writing habits and advice, SF movies, the wibbliness of genre definitions, the ethical issues of cloning and space colonization, writing multicultural fiction, and a slew of other topics.

It was the first time doing radio for all of us (Travis, obviously, excepted) and there was much gladness at the round-robin interview format. After having a data failure moment, as I usually do, on the “what’s your favorite book/author? aka what great book have you read recently?” question—there’s just so many that my brain crashes—I had a great time. Also helped the stress factor that it wasn’t live, with Travis assuring us that he’d edit out any weird pauses or overly rambling diatribes before the show airs, probably in late October or early November. (Stay tuned for details.)

I’ve known Joe for years, but this was the first opportunity I’ve had to meet and gab with Chesya in person—despite us both being metro Atlanta locals and running in the same writing circles. I’m delighted to have finally met her. She’s absolutely fabulous, and I’m looking forward to hanging out with her again.

In other news, received a sneak peek of the cover art for the Women Writing the Weird (with “The Bunny of Vengeance and the Bear of Death”) and InterGalactic Awards Vol 1 (with “Beautiful Winter”) anthologies, both due out later this year: 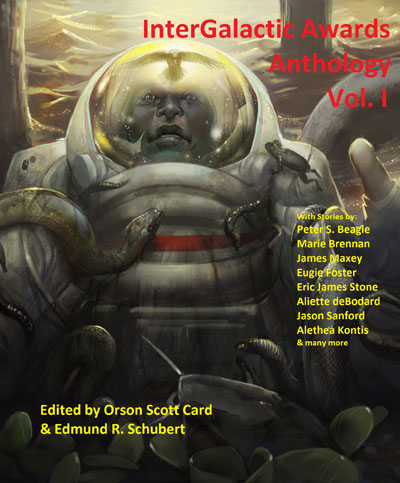 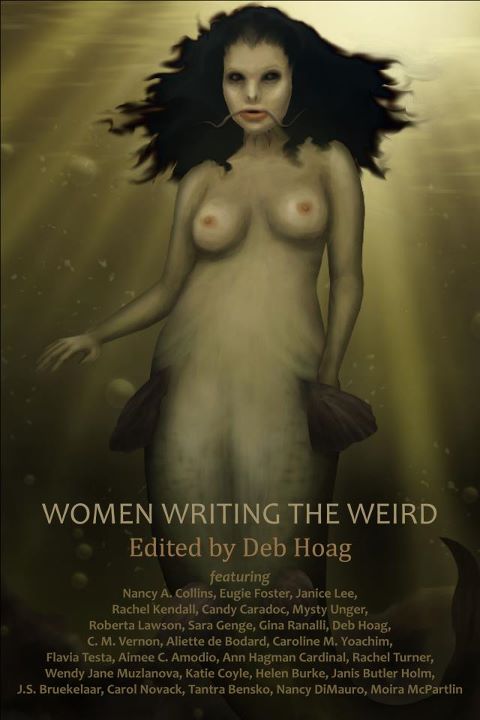